Call to stop the Amhara genocide during COVID-19 pandemic 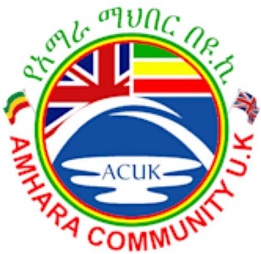 
#RE: Call for the United Nations (UN) and the International community to stop the Genocide of Amhara using SARS-COV2 (COVID-19) as Biological Weapon by Ethiopian Government (Prime Minister Abiy Ahmed)

We are writing to seek your attention to the disturbing situation in Ethiopia, the genocide of Amhara and request your help to stop the campaign against the Amhara by PM Abiy Ahmed Government in Ethiopia

Following the report of new Severe Acute Respiratory Syndrome outbreak in December 2019 caused by a new emerging Novel Severe Acute Respiratory Syndrome-Coronavirus-2 (SARS-COV-2), the World Health Organisation (WHO) declared the Coronavirus infectious disease 2019 (COVID-19) pandemic on the 11 th of March 2020 and published an emergency prevention guideline of frequent hand wash, respiratory hygiene, social distancing and encouraging research & development of vaccine and medicine across the globe. In response, countries around the world mobilised their resources, opposition parties put their differences aside and countries agreed to ceasefire to control the spread of the virus.

Nevertheless, the Ethiopian Federal Government led by the Nobel Peace Prize Winner of 2019 Prime Minister Abiy Ahmed Ali, the Chairman of Oromo Democratic or Prosperity ruling party and Commander in chief of the Ethiopian Armed forces used COVID-19 as a biological weapon to exterminate the Amhara people in Ethiopia since the Pandemic.
While the Ethiopian government follow WHO COVID-19 guidelines of hand washing, respiratory hygiene, and social distancing (shutdown school, church and non-essential services), and observing ceasefire and opening internet service in Oromia region to control the pandemic, the Abiy government on the other hand is opening fire, killing, detaining and displacing the amhara people in Amhara region during the pandemic .

Instead of preventing the spreading of the disease in Amhara region, the Ethiopian Federal Government deliberately spread the disease in Amhara region and used SARS-COV-2 as biological weapon to massacre the Amhara people as it had been done by his predecessors TPLF led EPRDF government for the last 30 years by the former prime minister Meles Zenawi, and former ministry of Health and Foreign affairs Dr Tedros Adhanom ( the current director of WHO).

The government deliberately and systematically spread the disease and used COVID-19 against Amhara as follows:
1. The Ethiopian government while observing ceasefire in Oromia region to control the disease, it mobilised 50,000 mechanised federal army and Police from four direction to Amhara region from Oromia and Tigray and launched a war on Amhara people supported with Helicopter to disarm the peaceful Amhara farmers, known as Fano, individual firearm which have been used for personal protection for centuries as part of their culture. As a result, the army is killing and imprisoning thousands of Amhara in overcrowded prisons in Gonder, Gojjam, Showa and Wollo province instead of fighting the pandemic.

2. Instead of controlling the public access to big open markets and preventing the spread of the disease, it has opened all markets in the Amhara region only without restriction where the rural and urban people meet freely and spread the disease during the pandemic.

3. Actively displacing thousands of Amhara people living outside the Amhara region mainly in Oromia and Benishangul-Gumuz Region, Harar, Dire Dawa and Addis Ababa by selectively destroying households of Amhara and dismissing Amhara workers from their workplace by the respective regional government officials and Police as part of their policy of demographic change during this pandemic when people are expected to stay at home and stop the spread of the disease.

4. Calling thousands of the ruling prosperity party low ranking cadres of Amhara region from the remote rural districts for conference in overcrowded meeting rooms for weeks during the pandemic to systematically spread the virus to rural areas of Amhara region.

5. Transporting over 500 poorest Amhara people mainly daily labourers living in Addis Ababa, where the majority of the COVID-19 is found, in overcrowded bus without their will to Bahir Dar, the capital of Amhara region, and other cities without warning the Amhara regional officials to deliberately spread the virus and kill Amhara people.

6. While Ethiopian government gave amnesty and released thousands of prisoners throughout the country as control majors to stop the spread of COVID-19, Abiy government is imprisoning in mass during the pandemic in Amhara region.

Other crimes perpetrated by the oromo extremists but ignored by the government in the year 2019/20 are:

7. 17 Amhara university students kidnapped from Dembidollo University in Oromia region in November 2019 who have never been found. The government did not try to find the students and make accountable the perpetrators or give answers to their grieving parents and family. In addition 45,000 ( Forty-five Thousands) Amhara University students were attacked and displaced from
Universities in Oromia region and forced to stop their formal education while students from Oromo, Tigray and the rest ethnic groups are allowed to continue their university education in 2019/20.

8. Over 86 Amhara children, priests, women and elderly had been slaughtered and stoned to death, and 36 churches were burned down by extremist Oromo youth (so called Kerro) due to a call from their extremist Oromo leader Jawar Mohammed using his Facebook page and Oromo Media Network (OMN) who has never been made accountable by the government to date.


Therefore, we the Amhara who live all over the world and Ethiopia are calling the International community, United Nations, UN human right commission, Amnesty international, Human right watch, United States of America, United Kingdom and European Union to urgently stop the genocide of Amhara People orchestrated by the Ethiopian Federal Government led by PM Abiy Ahmed who is a double faced Oromo extremist.

Abiy Ahmed is using SARS-COV-2 as biological weapon to masacre Amhara people in Ethiopia by systematically and deliberately spreading the virus in Amhara region, opening war against peaceful Amhara farmers, displacing, destroying their house, killing, under resourcing the region, mass prisoning and transporting people to Amhara region in overcrowded bus during the COVID-19 pandemic since March 2020.

We look forward to hearing from you.