“They Stole Our Tears” – The Agamsa Massacre of Amharas: Victims branded Victimizers 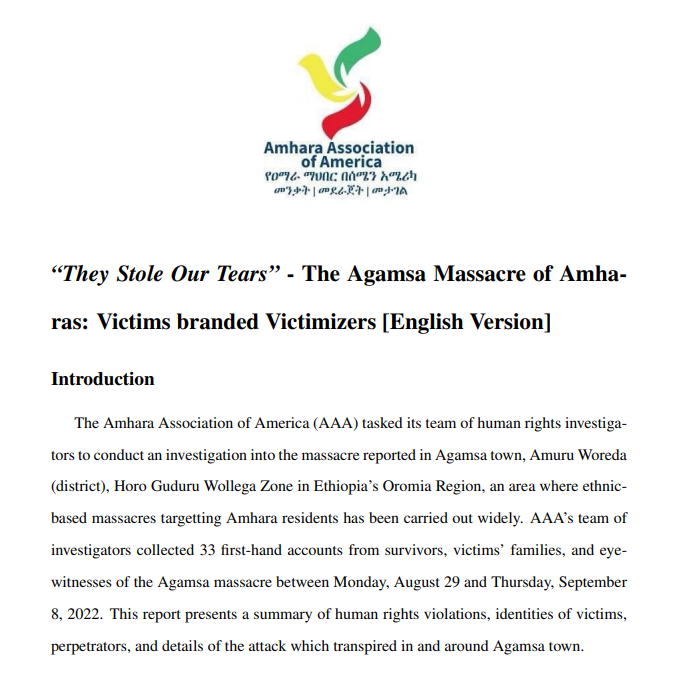 to conduct an investigation into the massacre reported in Agamsa town, AmuruWoreda

(district), Horo Guduru Wollega Zone in Ethiopia’s Oromia Region, an area where ethnic based massacres targetting Amhara residents has been carried out widely. AAA’s team of

investigators collected 33 first-hand accounts from survivors, victims’ families, and eyewitnesses of the Agamsa massacre between Monday, August 29 and Thursday, September 8, 2022. This report presents a summary of human rights violations, identities of victims, perpetrators, and details of the attack which transpired in and around Agamsa town.

Major Findings of the Investigation

“Abiy Ahmed’s regime lacks the mandate, support, and standing to negotiate on behalf of Amharas at a time when Amharas are demanding his resignation”